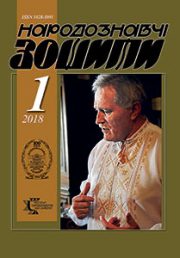 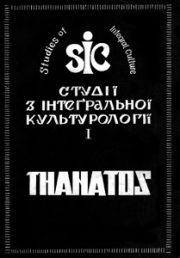 Abstract. XXI century is characterized by noticeable changes in the folklore choreographic culture of Ukraine. All of them are connected with perturbation in the life of society. However, the old traditions that are the foundation for folk dance art development should not disappear without a trace.

The article is devoted to the research of choreographic folklore in the context of the revival of the national culture of society. The author points out that the spiritual crisis in Ukraine is connected with the decline of national consciousness and the loss of traditional spiritual values, which fully reflects the urgency of the study. Choreographic folklore is both an expression of a household pattern and an aesthetic phenomenon that corresponds to the moral and spiritual principles of life. In all its genre diversity, it exists as a powerful living tradition that is objectively perceived by society as a determining factor in the stability of the cultural gene pool of Ukraine. According to the author, Ukrainian national choreography retains the rich creative heritage of the past as the most important feature in connection with nation’s life and aspirations. Choreographic folklore of Ukraine is a source of national culture.

The objective of the article is to study the choreographic folklore of Ukraine as a means of reviving the national culture of society. The methodology of the study is based on the application of historical, cultural, artistic and biographical approaches, as well as the complex use of methods of analysis, synthesis and generalization that made it possible to analyze the national choreographic heritage of Ukraine in the context of the revival of the national culture of society.

In conclusion, the author notes that Ukrainian folk choreographic work is rich and diverse both in terms of content and genre. It is constantly developing. The author points out the need to find and collect unforgotten materials of national choreography, the study of which will allow to contribute even more to the wealth of Ukrainian dance art and revive the national culture of society.

Yaroslav Taras. Head of Department, Professor, Doctor... read »
On field exploration of russian and belarusian ethnologists and etnolinguists in Ukrainian Polisia 1945—1980s
In the study based on a wide range of literary materials have been comprehensively characterised field research in Polisia of Ukraine, performed by Russian and Belarusian ethnologists during 1945—1980s as well as Moscow ethnolinguists and other researchers from ethnologic centres of Russia, Ukraine and Belarus in the course of realization of Ethnolinguistic Atlas of Polisia program. Particular attention has been paid to geography, methods, themes and research results of scientific projects.
Read »
Daily bread baking of ukrainians in the south-western ethnographical region at the late XIX to early XXI cc.
The paper has dealt with analytic study in prescriptions, signs, customs, methods, ways of selection, procurement and some peculiarities in usage of subsidiary means — water, firewood and leaves in bread baking. The final aim of the mentioned actions had been (and still is) selection of the means and ingredients fit, by their characteristics, for the backing of bread. The paper has demonstrated dependence of bread backing subsi­diary means criteria from the folk nutritional standards and world outlook stereotypes as well as from regional social and economic, natural and geographical factors and peculiarities of material culture.
Read »
On bessarabian and moldavian ukrainians in the studies of historical ethnography
The article has thrown some light upon a sum of scientific findings got during XIX to XXI cc. in historio-ethnographic studies of Bessarabia and Moldavian Ukrainians. In the pre­sent paper has been given author’s answer to the problem of lacking progress as for the numerous themes concerning Ukrainians. State and achievements of the research-works in Ukrainians’ material and spiritual culture by the scientists of Moldavia and Ukraine through the years of independence has been exposed.
Read »
Wax candle as ukrainian Christmas and epiphany ritualistic text
For the first time in native ethnology the article has brought some results of special study in sign functionality of a wax candle under the context of Ukrainian Christmas and Epiphany ritualistic text (ritualism of Christmas Eve, New Year, Epiphany Eve and Feast of Epiphany). The study has stated extremely high semiotic position of a wax candle as projection of Sun, mediator between the spheres of sacral and prophane elements, symbolic analogue of human existence, apotropy, cultural symbol re-establishing borders of acculturated space.
Read »