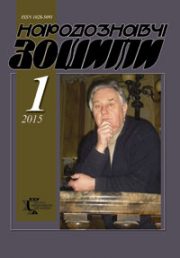 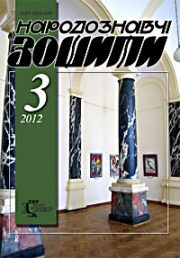 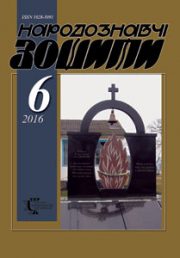 ON THE ISSUE OF THE GENERAL EDUCATIONAL QUALIFICATION OF THE ACTORS OF THE THEATRE OF THE LVIV SOCIETY «RUSKA BESIDA» IN THE CONTEXT OF THE EDUCATIONAL SYSTEM OF THE AUSTRIAN GALICIA OF THE LATE 19th — EARLY20th CENTURIES: TYPOLOGICAL ASPECT

Senior Researcher at the Art

The Institute of Ethnology of the National

Academy of Sciences of Ukraine.

Member of the National Union of

Abstract. The article dwell with the little articulated in our national theatre studies issue of the general educational level of the cast of the theatre of Lviv society «Ruska besida» of the late 19th  — early 20th centuries.

Problem statement.The peculiarity of the functioning of the theater in the society «Ruska besida» was that it was joined by talented youth who usually had no professional education and studied acting skills only in the process of stage practice.

The purpose of the study is to find out the cultural background which the Ukrainian Galician artists began their professional activities with, and to what extent they were prepared to perform the creative tasks that they were facing in a theater focused on the Western European cultural space.

Method. This research has operated with the typological approach that could focus on the structure and specificity of the education system in Galacia of that time, and helped to highlight the qualification index of this education that was in line with Western European standards.

Results. Most of the theater’s educational backgrounds were mainly secondary schools: classical gymnasiums and tea­cher’s seminars.These schools laid the solid foundations of humanitarian knowledge, formed valuable and ideological orientations, prepared young people for a variety of professional activities, in particular made them capable of working in the field of performed arts.

Conclusions. The delving into the research issues gives reason to rethink stereotypical ideas about the general cultural level of Western Ukrainian theater figures. The theater’s artists education was based mainly on secondary schools: classical gymnasiums and teacher’s seminary. By its specificity and quality, this education conformed to the Central European standards of that time.

Kuzmenko Oksana Senior Researcher, Candidate of... read »
Boikos’ pandemonium: categories of evil deceased
In the article have been presented some research-work on peculiarities of Boikos’ traditional demonological notions as for so-called evil deceased; on the basis of field records and ethnological literary sources quite a number of scum categories have been defined as well as essential habits, modes of behavior and functions of these personages of people’s demonology.
Read »
Traditional folk clothes of velikobychkovsky hutsuly of XIX — the first half of XX century
In the study based upon numerous field materials, literature sources as well as ethnographic, historio-cultural and regional museum collections has been performed complex analysis in traditional folk clothes by Hutzul population of Velyky Bychkiv village in Transcarpathian region. Detailed descriptions of femi­nine and masculine clothing complexes of the mentioned area have been presented. In characterizing of those main attention has been paid to the detail of cut in separate components of dress; cut of feminine shirt has been added as an illustration.
Read »
On field exploration of russian and belarusian ethnologists and etnolinguists in Ukrainian Polisia 1945—1980s
In the study based on a wide range of literary materials have been comprehensively characterised field research in Polisia of Ukraine, performed by Russian and Belarusian ethnologists during 1945—1980s as well as Moscow ethnolinguists and other researchers from ethnologic centres of Russia, Ukraine and Belarus in the course of realization of Ethnolinguistic Atlas of Polisia program. Particular attention has been paid to geography, methods, themes and research results of scientific projects.
Read »
On bessarabian and moldavian ukrainians in the studies of historical ethnography
The article has thrown some light upon a sum of scientific findings got during XIX to XXI cc. in historio-ethnographic studies of Bessarabia and Moldavian Ukrainians. In the pre­sent paper has been given author’s answer to the problem of lacking progress as for the numerous themes concerning Ukrainians. State and achievements of the research-works in Ukrainians’ material and spiritual culture by the scientists of Moldavia and Ukraine through the years of independence has been exposed.
Read »